50 Years of Watches in Space for Omega Timepiece

Swiss luxury watch manufacturer Omega announced the Speedmaster “First Omega in Space” numbered edition chronograph, a near replica of the watch worn by Mercury astronaut Wally Schirra on his 1962 spaceflight. Schirra’s Mercury-Atlas 8 mission was the third time an American orbited the Earth and the fifth U.S. manned spaceflight. 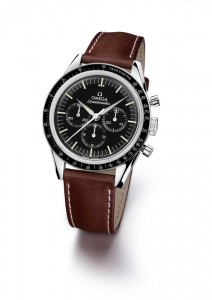 Schirra, who passed away in 2007, was the first astronaut to wear an Omega watch in space, more than two years before NASA adopted the Speedmaster as its approved timepiece. Since then, astronauts — including the dozen Apollo moonwalkers — and cosmonauts have worn Omega watches on their missions.

This entry was posted in Omega, Uncategorized. Bookmark the permalink.